What Are Solar Roof Tiles 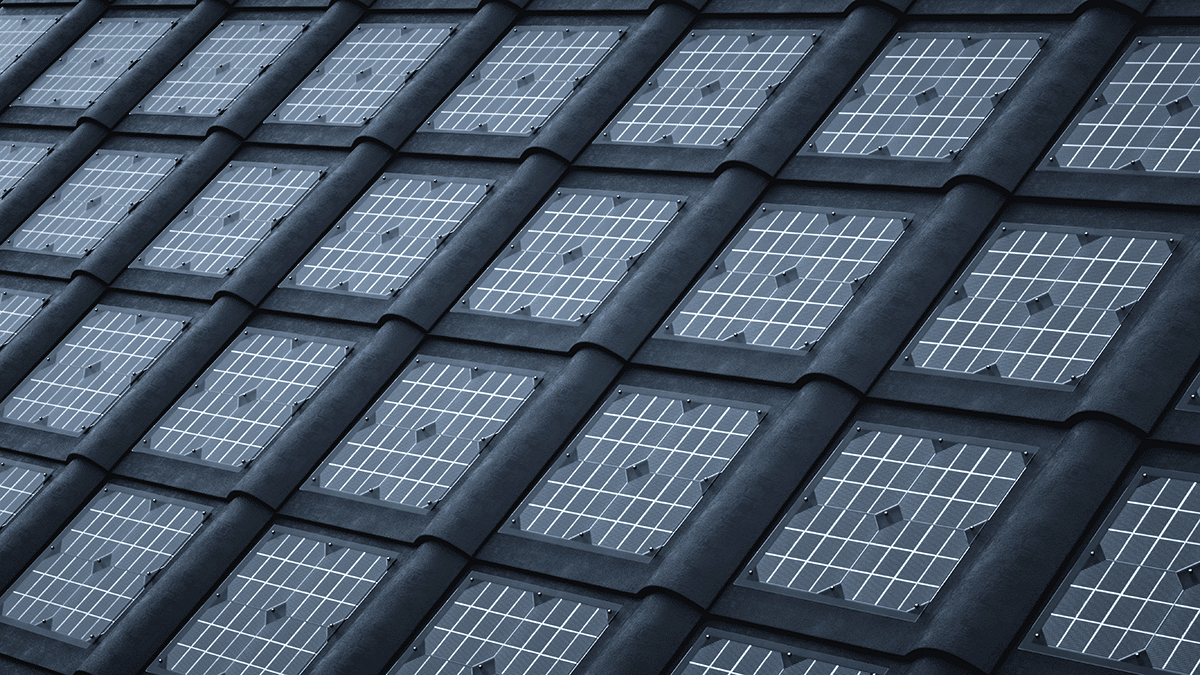 Solar roof tiles are changing the roofing industry. Did you know that the total installed solar power capacity in the U.S. reached 71.3 GW in the third quarter of 2019, with a new capacity of 2.6 GW added during this quarter? It was also the best quarter in history for residential solar, which has experienced remarkable growth throughout the decade. Solar is currently the type of renewable energy generation that is growing the most.

From 2010 to 2020, the number of residential solar panel installations in the U.S. has exceeded two million. With increasing innovation in roofing technologies such as solar roof tile, residential solar is on track to set new growth records in the 2020s. The lifespan of solar shingles is considered differently than a standard roof. The shingles will deliver full power for 20-30 years, depending on the manufacturer and materials used. However, the shingle will protect your roof for much longer than that.

What Are Solar Roof Tiles?

Solar power shingles, also known as photovoltaic shingles, are solar panels that mimic the appearance and function of conventional roofing materials like asphalt or slate while performing their core task of generating electricity.

Department of Energy in recent years have shown that solar roofing features such as solar shingles can boost the value of your home by as much as $15,000 or even more.

The average solar power roof shingle could easily last for two to three decades while delivering maximum energy output. Beyond its peak life, it will continue to produce energy but at a progressively reduced capacity.

In functional terms, solar roof shingles or a solar roof tile are similar to traditional solar panels. Still, in terms of size, they are smaller than most solar panels, with the average photovoltaic shingle being 12″ x 86″ in dimensions and weighing about 13 lbs per sq. ft., which is about equal to a concrete tile roof.

The number of solar panel roof shingles it would take to power a home or building will depend on the building size and your average energy consumption. Still, even if you don’t put solar roofing tiles on the entire roof, it will bring down your overall energy costs.

Today’s solar tiles are composed of TFSC or thin-film solar cells made from copper indium gallium selenide. This semiconductor is known to have one of the highest energy conversion efficiency rates at about 12 percent. Some of the P.V. shingle brands use mono-Si (monocrystalline silicon), which cost more but have average efficiency rates of up to 20 percent.

Solar tiles are more aesthetically appealing than traditional solar panels and can blend in more easily with your existing roof design. Suppose you are building a new home or replacing your roof. In that case, solar power shingles could prove to be more cost-effective because you would save on the traditional roofing material and labor in addition to the value of energy production. Solar panel shingles can usually be removed and reinstalled if needed.

The average cost of a solar installation per square foot can vary widely between different brands, and your overall solar panel shingles cost will depend on the total square footage, specific energy needs, location, and your choice of manufacturer and installer. The average price for a roof could be in the range of $15,000 to $20,000, but if you choose a highly sophisticated system, such as Tesla solar roof shingles, it can be as much as $70,000 or more.

The leader Is Tesla Solar Tiles

Tesla solar roof shingles, solar products, and solar systems are the elite brand on the market. The Tesla solar energy family highlights cutting-edge technology and some compelling extras, such as Tesla’s in-house Powerwall battery that can charge an electric vehicle as well as a custom monitoring mobile app for both iPhone and Android devices.

Compared to almost every other brand on the market, Tesla solar power shingles will have a significantly higher cost at anywhere between $50,000 and $100,000 for most homes, including the price of P.V. tiles and Powerwall batteries. While traditional installations may take about three days or less, a Tesla solar roof installation could take up to two weeks. If you use an electric car and plan to recharge it with your Tesla solar roof installation, you will require an additional one or two Powerwall batteries.

RGS solar shingles could cost approximately $3.89 per watt on average for a new construction project, as per the pricing information available from the company. The price usually includes the cost of labor, electrical work, and the equipment kit. Roofing installation costs are extra, which will add another $0.85 per watt, resulting in an aggregate cost of about $4.74 per watt of solar power.

CertainTeed solar power shingles are manufactured using the same technology as traditional solar panels—monocrystalline solar P.V. cells. But unlike the conventional panels that use a racking system for mounting the board to the roof, CertainTeed solar roof shingles are installed as an integral element of your existing roof. So, what you get is an unobtrusive, low-profile solar roof that goes well with your existing roof tiles that are less expensive than competing brands.

Product specs of CertainTeed solar shingles will show that the conversion efficiency of the Apollo II system is 15.4%, while it is 16% for the Apollo Tile II system. In general, these efficiency ratings are at the lower end for similarly sized traditional solar panels, which can deliver an average efficiency between 16% and 20%.

SunTegra solar roof shingles offer an attractive alternative if you are looking for an affordable and practical solar roofing solution. These solar shingles will directly integrate into your roof, providing a low-profile, sleek solar power system along with a durable roof.

SunTegra’s integrated wiring and lightweight design minimizes complexity and cuts down the installation time by up to half compared to a traditional rack-mounted solar panel roof. Dual functionality as a roof and a solar energy system will improve the resale value of your home and savings on roof costs because you will not require roofing tiles or shingles underneath this system.

SunTegra solar roofs are available in two options: SunTegra Shingle system and SunTegra Tile system. The Shingle system is built to match with asphalt shingle roofs, while the Tile system will integrate with concrete roof tiles. Each shingle includes 16 solar cells with a power output of 64 to 67 watts.

SunTegra photovoltaic shingles are based on the same solar technology used for standard solar panels: silicon solar P.V. cells. Product specs of SunTegra show that the Shingle system has a conversion efficiency rate of 14.4% to 15.9%, which is quite comparable to the rate of CertainTeed solar power shingles.

Luma solar power shingles distinguish themselves from other brands by positioning the system as the only “upgradable” solar roof shingle system. Luma Solar has experience of several years in solar roof installation in more than 20 states across the U.S.

Luma solar shingles promise a higher conversion efficiency rate of 21%, which is even higher than the standard rack-mounted solar panels. According to the company, Luma’s patented shingle design enables airflow beneath the shingle, and its smaller shingle profile ensures that the shingles will usually “turn on” earlier in the day.

Luma solar roof shingle pricing varies according to the complexity of the system. If you want to solarize a part of your roof, it will cost you about $4.50 per watt. However, the cost could go up to $38 per square foot for an edge-to-edge customized solar roof system. A custom roof will consider your energy use, average sun exposure, and your budget.

Typically, the best roof side for solar shingles installation is an unobstructed southern exposure in the U.S., even if the roof faces southwest and southeast. Solar roof shingles can be an excellent decision for your future. It would be best to cover the northern sides of the roof with ordinary matching shingles since it will not achieve optimal efficiency.

Blue Nail Roofing has a Master Elite contractor status awarded by the largest roofing manufacturer in North America, GAF. Only 2% of contractors in the U.S. meet the rigorous standards to achieve this status, which means you can be assured you are making a good choice when selecting the professionals at Blue Nail to execute your home and business roofing repairs. Call today to schedule a professional evaluation!

Let Us Nail Your Project!

Please send us a little information about your roofing or home improvement needs, and an expert will reach out shortly. 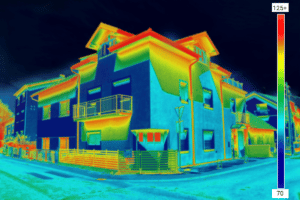 The intense heat and direct solar radiation of summer are hard on your roof. Not only are shingles of all types stressed by high temperatures 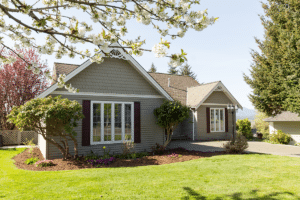 Getting Your Home Ready for Stormy Spring Weather

$48 billion in property damage. That’s how much money was spent in 2021 because of winter storms and hurricanes alone. But that’s summer and winter weather.

How to Prepare for Your Next Construction Project

You’ve planned, you’ve saved, you’ve dreamed, and the day is finally here. You’re ready to start your next renovation project on your house! The renovation 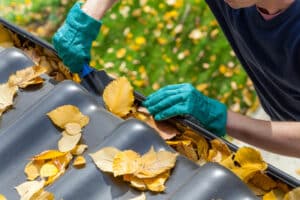 A Guide to Spring Gutter Maintenance

Did you know the rain gutter market is worth $702 million? It’s no secret that they’re essential for your home and its health, which is why

For a free roof inspection contact Blue Nail Roofing at 855-255-1975. We’re a full service residential & commercial roof company, and have options available for virtually every budget.

Blue Nail Roofing is a Master Elite contractor bestowed by the largest roofing manufacturer in North America GAF. Only 2% of contractors in our country meet the rigorous standards to achieve this status which means you can rest assured you are making a smart choice when you select the professionals at Blue Nail to execute your home and business restoration repairs. Call today to schedule a professional evaluation! 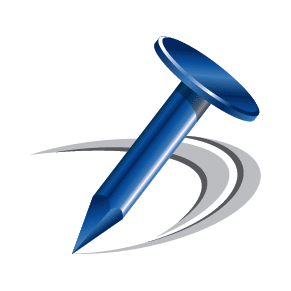 Let Us Nail Your Project!

Send us a little information about your roofing or home improvement needs and an expert will reach out shortly.

Or Call Us Now!